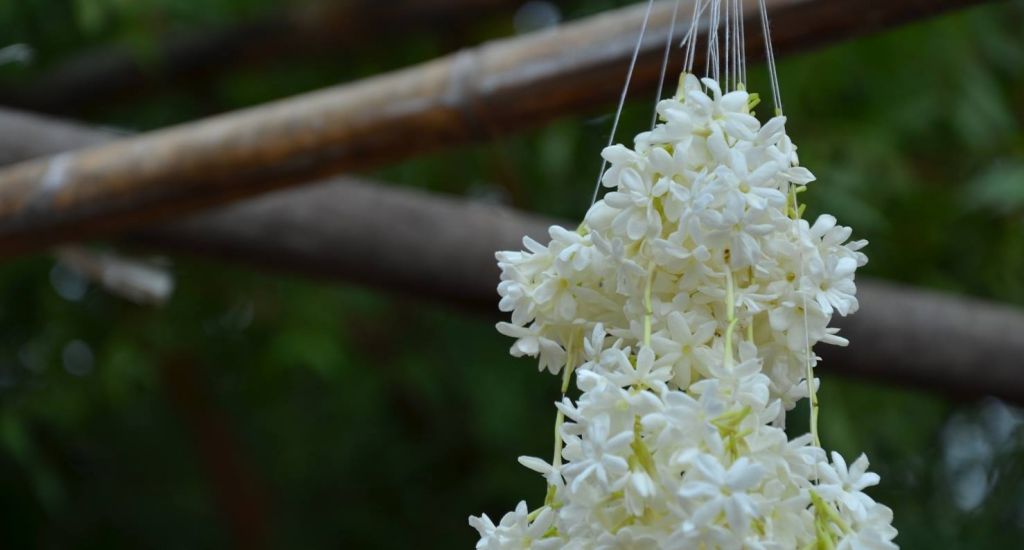 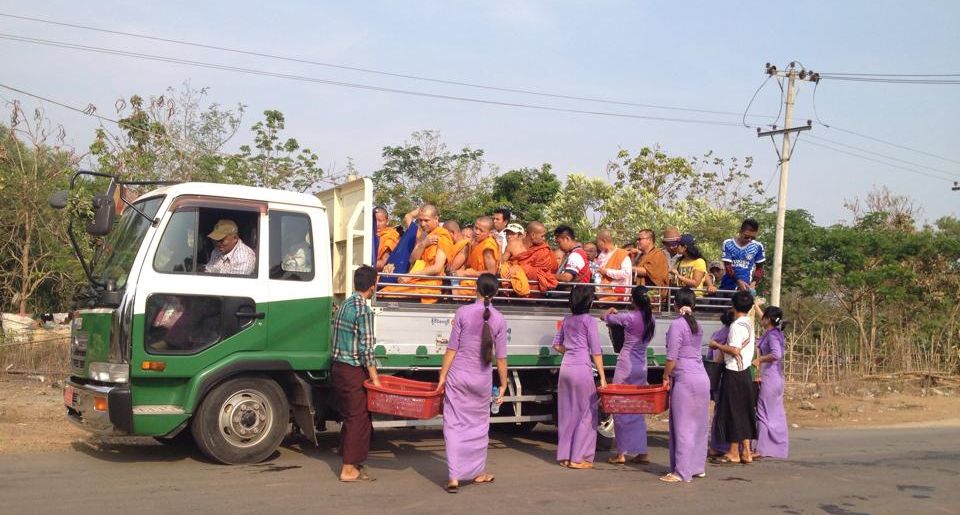 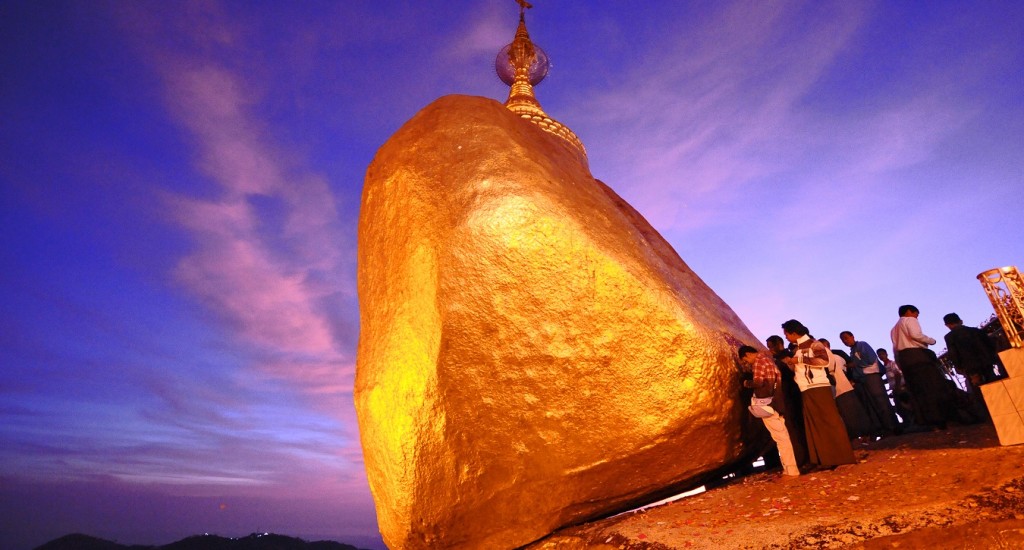 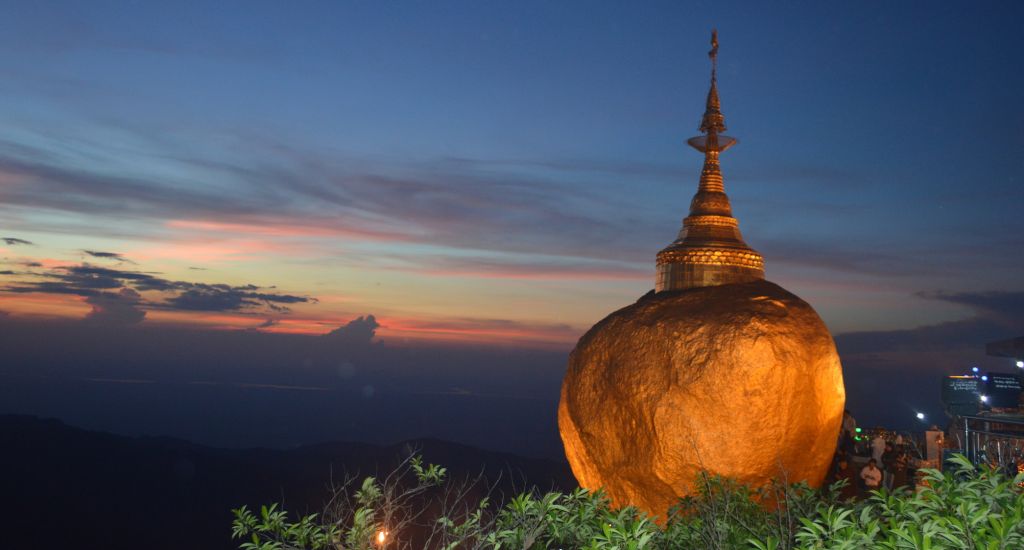 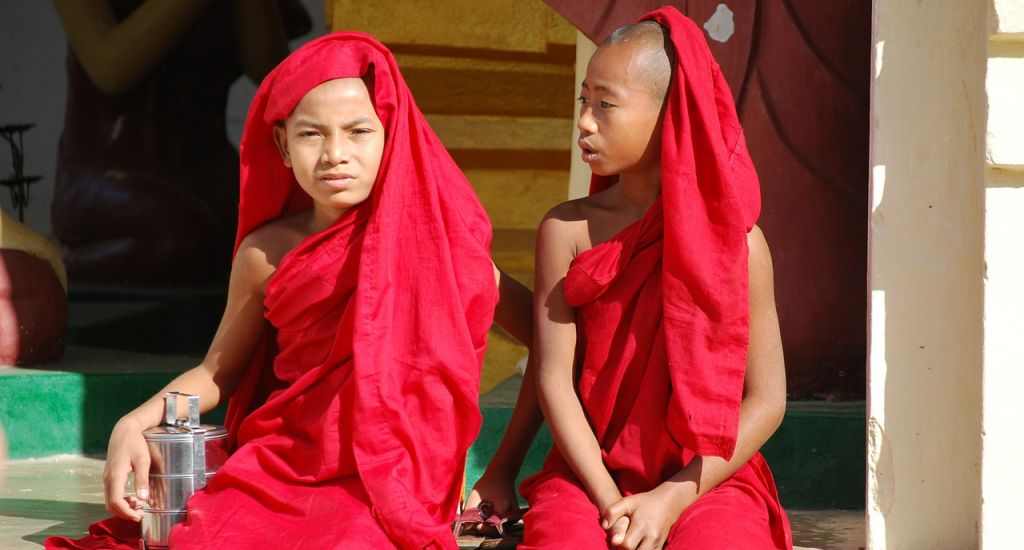 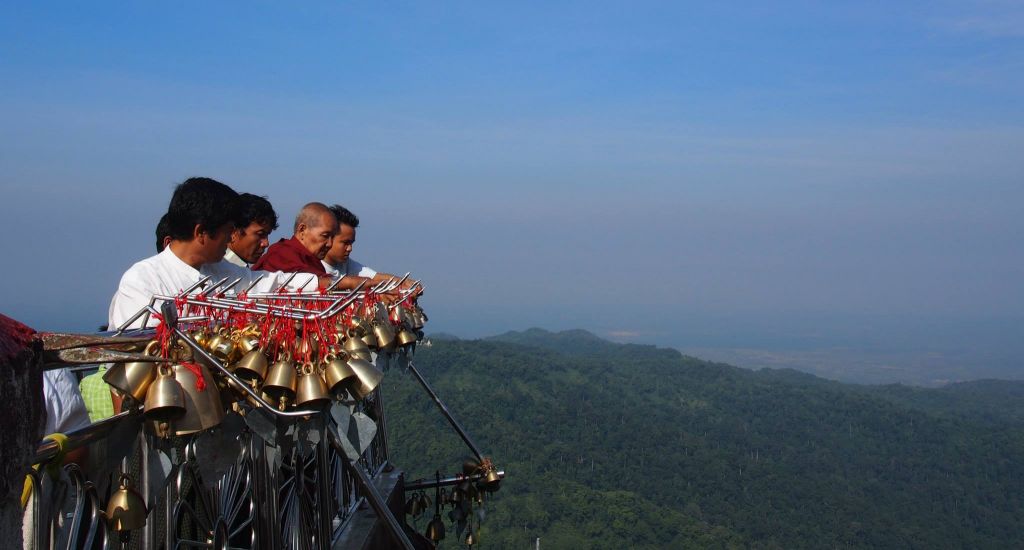 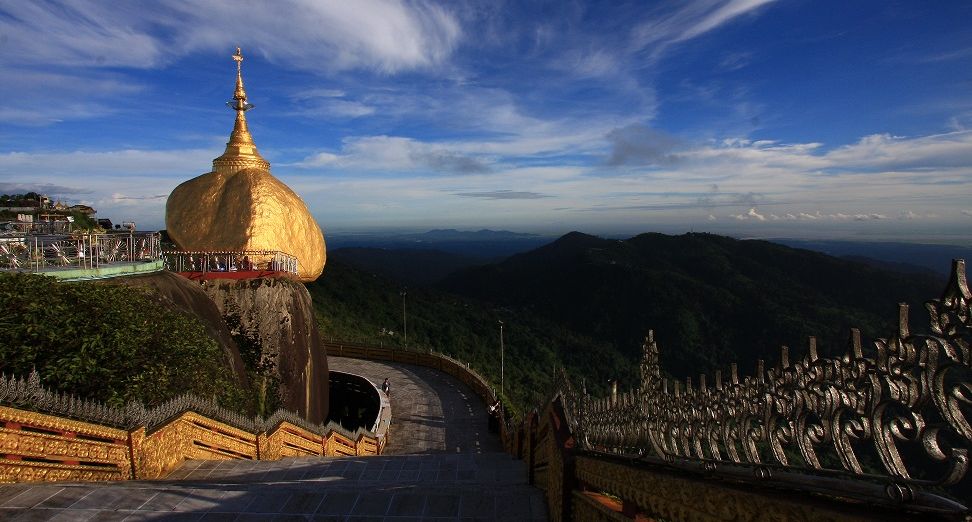 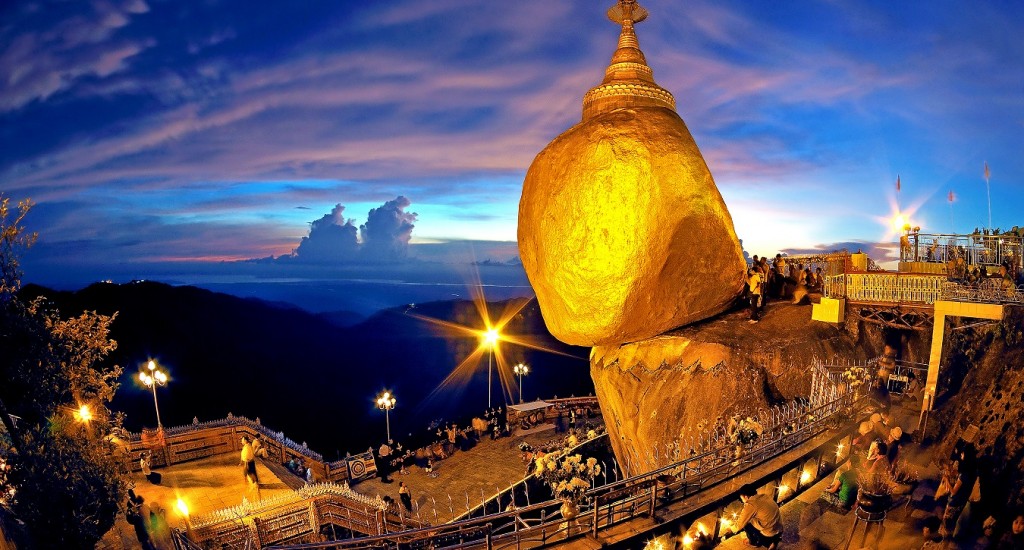 Whilst this is one of the most revered Buddhist sites for the Burmese, for the traveller it is simply a huge gravity-defying gold-leaf drenched granite boulder, balanced precariously on the jutting tip of a rocky outcrop at the top of a remote mountain. From here the views over the surrounding countryside are awesome, the kitsch of the surrounding plaza is strangely charming, the roller-coaster ride on the back of a truck to the summit is thrilling and the rock itself creates an outstanding photo from almost any vantage point. Viewing platforms have been built around it and underneath it ensuring that every angle is covered!

The Rock’s anti-gravity is attributed to a strand of Buddha’s hair – apparently King Tissa received the hair in the 11th century from a local hermit who had secreted it in his own topknot. On top of the rock sits a small stupa, just 7 metres high and quite remarkably, both the Rock and its pagoda have survived several significant earthquakes, and visitors steam to the Kyaikhtiyo (as it is known locally) in pilgrimage between the full moons of October and May, with the traffic reaching its peak over our Christmas and New Year, a period best to avoid due to the severe shortage of accommodation and transportation. Women are not permitted to touch The Rock and everyone must remove their shoes for the final approach.

Stay the night, get up early and watch the sunrise behind the Golden Rock. Perhaps the ultimate Burma experience!

“The hotels were more than I expected, especially at the beach (Amata Resort & Spa) having your own private beach and hammock, what more can a person want?” 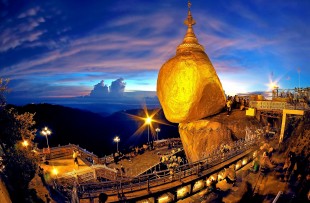 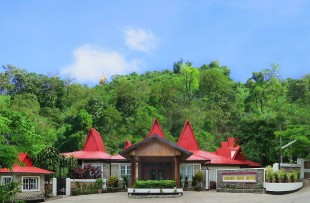 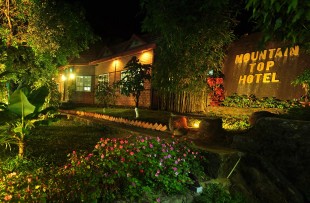