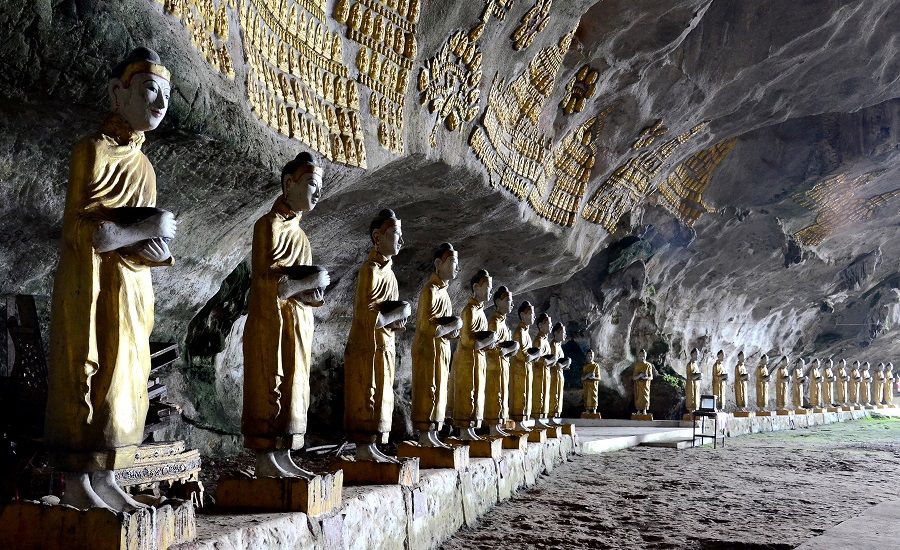 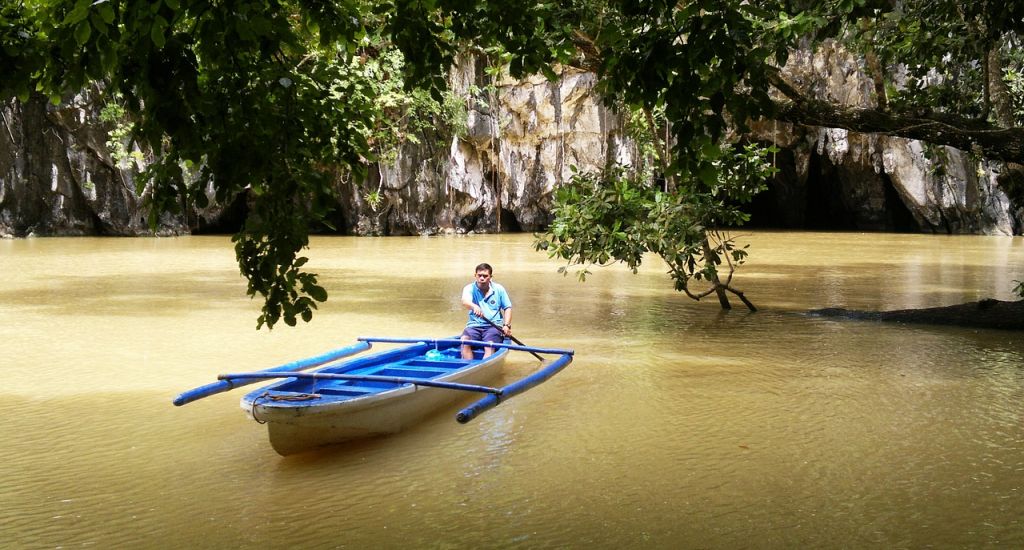 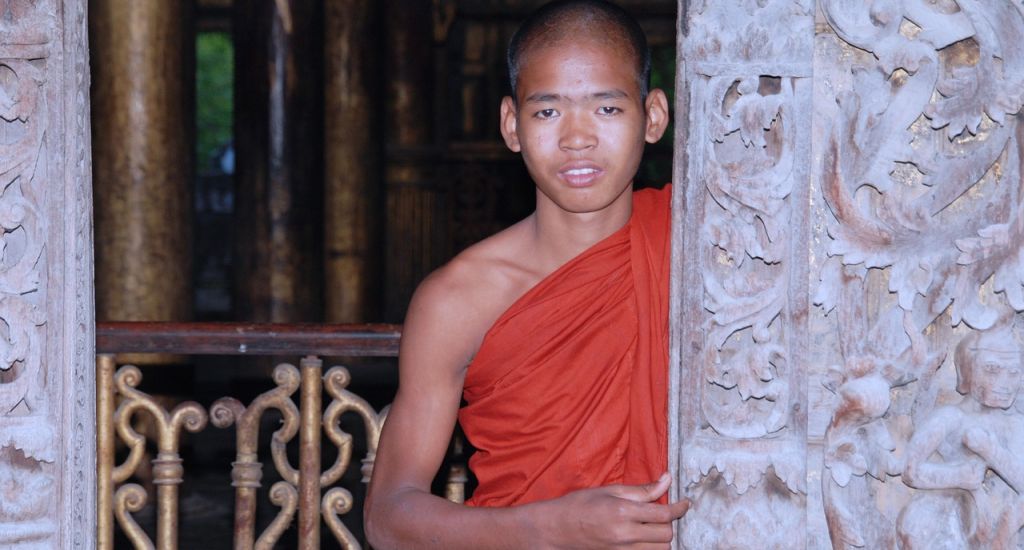 H’Pa An, the small but bustling capital of Kayin State, is considered a convenient staging post on the route from Yangon down to Moulmein. Its only once you are here that you realise that it would have been worth the journey for beauty of the region and the several noteworthy sites nearby. Its certainly worth lingering for a day. Whereas the actual city may be nothing to write home about, perhaps only worth a visit for its lively market, the surrounding limestone dominated countryside is stunning.

Saddar Cave is an enormous cavern with a reclined Buddha and many other religious monuments within. Bat cave is a small cave that cannot be entered but if you can get there for sunset when, literally, hundreds of thousands of bats fly out. They are said to be flying all the way to Moulmein to feed and come back every morning. The cave is part of a complex of a few pagodas, one on top of the rock, accessible by a steep ladder, with amazing views over the river and the bridge.

Kyauk Kalap Monastery in the middle of a small lake and makes for a pleasant excursion – its quite remarkable to see where the local monks sleep on this precarious limsetone spur. For those with considerably more energy a climb up Mt Zwekabin rewards you with the most amazing views. But, be warned, this is a significant trek only for the hardy.

Also hidden away in the hills is another cave, only discovered in 1975, which contains thousands of 7th century tiny clay Buddha images and carvings, hidden precariously over the walls and roof of the main cave.

“The hotels were more than I expected, especially at the beach (Amata Resort & Spa) having your own private beach and hammock, what more can a person want?” 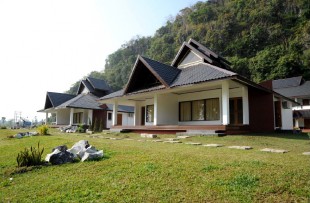